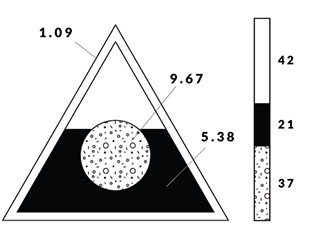 The Shanghai Soup Dumpling Index is a

scientific investigation into the quality of soup dumplings in Shanghai. It applies a quantitative framework to the existing qualitative descriptors of the Shanghai soup dumpling (hereafter also referred to as “xiao long bao”): thin skin, plentiful soup, abundant filling, fresh meat (皮薄 汁多 馅大 肉鲜). A total of 52 restaurants were sampled for this index between December 2013 and October 2014 in Shanghai, People’s Republic of China.

An analysis of the results combined with directly observed sensory research found xiao long bao with a score of 12.00 or above to demonstrate successful engineering. From a sensory perspective, these samples showed only minor variations, and were classified as Class A. Xiao long bao below this threshold but above a score of 6.75 showed satisfactory engineering and were judged Class B. A full explanation of the methodology, a quantitative analysis of the effect of time post-steaming on a dumpling, a list of all restaurants sampled (including directional information for all 18 Class A and Class B restaurants) and more is included in the full index, available for sale below.